Free Shipping For Orders Over $50

How To Fire Pottery Without A Kiln The art of creating pottery at home is becoming more prevalent. Many people are turning their hobby into a business venture or simply as a way of creating unique gifts for their family and friends. One of the main issues to consider when creating pottery is how to fire it. This article looks at how to fire clay without a kiln, which may not always be readily available.

Our Best Ceramic Kilns for Home Use

Raku firing is a very traditional form of firing pottery. Although it can create elegant and colorful pieces of pottery, this method can be complicated to get right and requires a lot of space in order to achieve the desired end results.

Raku firing requires a bisque or biscuit fire and a large pit area to create enough heat to fire the pottery to a high enough temperature.


How does Raku Firing Work?

The best place to create a Raku fire is outside or in a well ventilated area. It must be an area that is safe for creating a fire, away from other flammable objects and children or animals.

The first element in the process is to create a bisque fire, the traditional name given to the first firing of pottery before it is glazed. Most Raku firings use a barrel to house the wares, as they have a few openings that you can use for access to the pottery once it has been fired.

The barrel must be placed near to the fire with the pottery placed carefully inside. The fire should become hot enough to heat the barrel to between 760 to 980 degrees celsius. The difficulty with the Raku technique is that it takes a long time for the barrel to achieve this temperature, with the barrel essentially acting as the kiln.

Once the pottery has been fired to the temperatures required, it needs to be removed using tongs and safety gloves and immediately plunged into cold water or sawdust to cool it. Once cooled, you should use a cleaner to remove the carbon from the glaze. You should then allow your product to sit and dry thoroughly for a number of hours before decorating. Pit firing is also known as smoke firing and is a very traditional method of firing clay. For unglazed, natural looking pottery, this is a perfect method but it can also be used for glazing if needed. As the name suggests, pit firing takes place in a hole or pit.

The important consideration for pit firing, as with Raku firing, is that it requires a well ventilated area, away from other combustible materials. Again, it should also be created away from children or animals who may inadvertently fall into the pit.

The negative of using pit firing is that it is difficult to achieve a consistent heat. This can lead to a more fragile finished piece or uneven glazing.

How does Pit Firing work?

As with Raku, Pit Firing requires a fire to be built. A hole should be dug in a well ventilated area but with protection from the wind. The fire can be built using wood chips, coal or paper and should reach temperatures of between 980 to 1100 degrees celsius. Some people use a charcoal grill as their ‘pit’.

Once the pit fire has reached the desired temperatures, the pottery must be placed in the heat and kept there for between 12 and 24 hours, depending on the desired finish. This will largely depend on whether you are looking to achieve a natural or glazed finish.

Once you are satisfied with the finish, and the pottery has become hard, remove it carefully with tongs and set it aside to dry. You could also leave it to dry by leaving it in the fire until it has burnt out. This is the most modern method of firing ceramics without a kiln. It is obviously not a suitable method for firing ceramics on a larger or commercial scale but is a useful alternative for using as a hobby or as a solution for beginners.

A kitchen oven is ideal starter equipment as it allows you to experiment and to learn different techniques before considering a more sophisticated piece of equipment.

The major downside of a kitchen oven is that it does not reach the temperatures required for glazing. The low temperatures can also mean that only certain types of clay (such as salt dough) will work when fired in a domestic oven, and even then the finished product may be brittle.

How does a Kitchen Oven work for firing pottery?

As kitchen ovens can only achieve certain temperatures, it is best to use clay that can be fired at a low temperature (around 120 degrees celsius). Place the finished object in the oven for around an hour at this temperature or for up to 3 hours for thicker or larger projects. Do not over fire the clay in the oven, as it may become too hard and brittle.

You can paint directly on to the object using an acrylic paint once it has cooled but unfortunately the pottery cannot be glazed as the oven cannot reach the temperatures required to hold the glaze in place.

So, the answer to the question, can you fire clay without a kiln? Is in simple terms, yes. However, the alternative methods of firing pottery without a kiln all come with difficulties. In the main, this is due to the inconsistency in terms of the heat created. There is little control over creating an even temperature and in the case of a domestic oven, the temperatures are not sufficient to create glazed pottery. The Raku and Pit Fire methods also take a considerable amount of time to achieve the desired results and can be dangerous if not controlled properly.

If you are looking for a better controlled solution for firing your pottery projects, then Soul Ceramics supplies a range of electric powered kilns, perfect for both hobbyists and commercial ventures. We can guide you on the most effective solutions for your needs and help you to create consistent and quality finished products time after time.

Let customers speak for us

Could not be happier with my new kiln! Have done 3 bisque and 1 glaze firings with each piece coming out perfect :) Perfect for small pieces and beginners as I have never fired a kiln a day in my life, so easy! 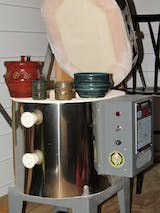 My kiln arrived within the window of time that was estimated when I purchased the kiln. Soul Ceramics kept a weekly email update as to how many weeks had passed up to the point where they emailed me the shipping info. All that went smoothly. I really liked the updates. They made me feel like a valued customer and not a number. I wish more retailer's would take this more personalized approaches to big ticket purchases! My kiln is still in the box but it arrived undamaged and I've just got to make some more space for it 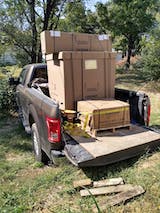 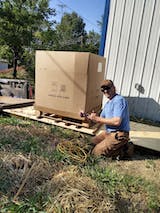 The only hiccup here was that I did not receive my operating instructions in a timely manner. We just ran our test fire and all went well. Love being able to see readout of temperature while firing. It fits my space beautifully 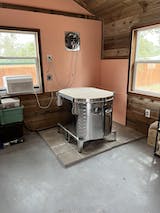 Soul Ceramics is a great company, and I would highly recommend them for all your pottery needs. They have great customer service and helped me pick out the right kiln. They also followed up to make sure it arrived and everything was ok. 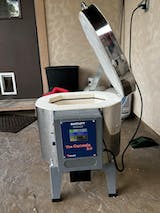 For a beginner home-studio wheel the artista is a good option. The foot pedal is a must though, especially for a new potter. I like the versatility of being able to utilize it on a table top or on a stand, which is perfect for those who may have some back issues. The owners manual states it can hold up to 25lbs of clay but I beg to differ, I wouldn’t go past 15lbs. If you are new to the craft or simply looking for a wheel that fits a small space and allows you to throw small/medium pieces (mugs, planters, pet bowls, tableware etc.) the artista is a great option. Shipping was fast, the customer service at Soul Ceramics was phenomenal and I’m having tons of fun with my new home wheel. 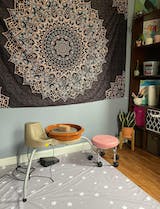 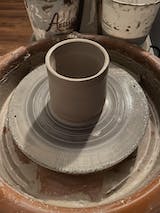 I am new to this and after a bit of research, I placed my order for a small kiln. Lea contacted me to let me know they had a similar kiln in stock, instead of waiting for the factory order, and after a bit of back and forth with Lea answering my every question - she suggested a different kiln, which was actually less expensive! It arrived quickly and I love it!!! 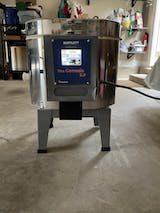 Best addition to my shop. 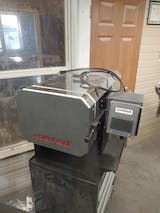 This is my first serious kiln. It has everything I needed: kiln sitter, solid state relay, kiln shelves, fires up to cone 10, and only needs a 110V connection. It was surprisingly small and light. It's just the right size and I like that the weight makes it easy to carry by myself. Super easy to use and very effective. It also takes less time to cool down than my chunky 1960's kiln that's a similar build. I bought it to sinter some 3D Printed Ceramics using Tethon 3D's product: Porcelite. I'm still experimenting but got proof of concept yesterday. Overall, I'm very satisfied with my purchase. This one was ready to ship and arrived within 4 days of purchasing! 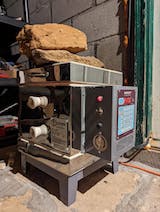 I recently received my series 12 model 123 kiln. So far I’ve only used it to bisque but am throughly impressed. I did put it on a dedicated 120 volt circuit, with 25 amp breaker. The kiln amazes me in that it radiates little heat and appears to be extremely energy efficient due to the 3” bricks.
Amazingly the kiln through Soul Ceramics Supplies was considerably les expensive than through Seattle Pottery Supply, the manufacturer. I received the kiln midway between the 5th and 6th week after ordering it. Absolutely no damage upon receiving it, was shipped from Seattle to Greensboro NC. Soul’s Customer Service is by far in the EXCELLENT category.
To sum it all up I couldn’t be more pleased with my purchase, Customer Service, quality and speed of delivery.
Thank you so much! 🫵🤓👍 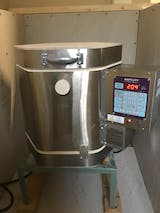 I love my new evenheat oven! It makes heat treating my knives so easy and accurate. All the preset programs are essential for me because I use so many different types of steel. This oven heats up quick and hols temperature almost perfectly. Great buy! 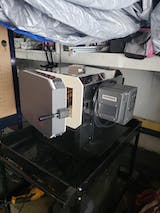