Free Shipping For Orders Over $50

What Is Raku Firing And How Does It Work?

What is Raku Firing?

Raku firing is an ancient Japanese ceramics technique that has been used for many centuries to create a very unique finish to wares. The Raku technique dates back to the 16th century, traditionally crafted by hand and not thrown on a potter's wheel.

The Raku technique is essentially when glazed ceramics are taken from the kiln while they are still glowing red hot and are then placed in a material that would be able to catch fire, such as sawdust or newspaper. This technique is used to starve the piece of oxygen, which creates a myriad of colors within the glaze. Raku firing without glaze on them means that the oxygen is taken from the clay itself rather than a glaze, which results in some areas having a matte black coloring.

Raku firing creates completely unique pieces as there is never a certainty as to how the final piece will turn out. Raku essentially creates a unique design every time, so there is less control on the outcome. How does Raku firing work?

Raku firing is much quicker than normal firing, taking around 1-2 hours in comparison to regular firing which can take up to 24 hours. The first process is to glaze your ware using a specialist Raku glaze, which can be found at some craft shops and pottery equipment wholesalers. These glazes are specially made to have a low melting point so they will melt at cone 06 in about an hour. A thin layer of the glaze is better for the Raku technique to have an effect and a quicker melting point.

The next step is to load the kiln with your wares and bring the temperature up to 1850 degrees fahrenheit, which should take about an hour. To ensure that the process is working out correctly, check on the ware every 15 minutes or so after 45 minutes of firing. If your glaze is starting to bubble then the process is working! Once you notice the glaze bubbling, leave the ware for another 15 minutes before moving on to the next stage.

The point at which you remove your ware from the kiln is when it is glowing red and the glaze surface appears shiny and liquid. While you're waiting for the kiln process, you need to prepare your vessel for reducing the oxygen to the piece. Shredded newspaper or sawdust should be added to a metal dustbin or similar. The vessels should only be a little bigger than the ware you are putting in them. The tighter the area around the ware, the better the reduction in oxygen, which creates a better color spectrum. Once the pieces have achieved a red hot glow, you're going to need 3 people to do the Raku process. One person is needed to open the door of the kiln, one to pull the pieces out of the kiln with tongs and place them in the metal container, and one to close the lid on the metal vessel. Ensure to wear appropriate protection at this point as you are dealing with very hot ware.

When the ware is removed from the kiln, the door should be closed between each piece being pulled out in order to retain the heat that is required. Place the pieces as quickly as possible into the waiting vessels to ensure that the heat is retained. Person 3 should wait for the newspaper or sawdust to catch fire, then quickly place the lid on the vessel to smoke the ware.

The next step is to wait a few minutes for the smoking of the pieces to take effect. Take care when the lid is taken away as the smoke will be hot and could cause facial burns if not done carefully. Additionally the wares are still extremely hot at this point, so removing them should be done with care. To cool the ware, you can pour some water onto them and then remove the pieces out with tongs and douse them in the bucket of water. At this point you should be able to see the effect that the technique has had on your finished ware. What kilns are best to use for Raku firing?

There are a number of kilns available that are suited for the raku firing process. What needs to be considered is that the firing cycle of Raku is much faster than a typical firing and you need to make sure that you can get your kiln to a suitable temperature for this method. A good option for this is to use a pre-programmable electric kiln such as those offered by Soul Ceramics, whereby you can have a better control over the temperature and also be able to maintain that temperature for the requisite time. Our range of electric kilns can be found here.

In summary, Raku is a wonderfully experimental way of making unique designs and the fact that it has been used for centuries shows that it is still as popular as ever. The technique is relatively straightforward as long as the heat generated is at a high level and the glaze is suitably viscous to create the Raku effect.

Let customers speak for us

Just what I needed to make my table wheel fully functional 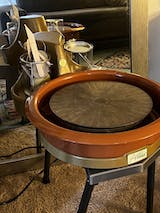 The order process, communication and followup on my order was excellent. The kiln manufacturer was quoting a multi-month wait before my order could be built and shipped. That was clearly stated on the website, so there were no surprises. Throughout the process Soul Ceramics kept in regular contact with me and kept me updated. The kiln actually shipped sooner than I anticipated and arrived in perfect condition. I would definitely recommend Soul Ceramics to anyone.

I was very happily surprised at the quick shipping speed for my new wheel. It was not only scheduled earlier than anticipated, but it also came 3 days before the estimated arrival. Good service and so far I’m very happy with my wheel. 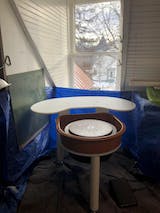 Soul Ceramics consulted with me on the best kiln for my firing needs that could run on 120v. They advised the Olympic Doll E and it works perfectly on the back porch of my little apartment.

I purchased the in-stock version of the kiln on 21DEC and it was in my home by 24DEC. That’s like unheard of in COVID times and during the holiday.

I’m so glad I decided to get the genesis controller. I was initially pretty intimidated to use it, but after reviewing the controller manual and watching the youtube videos, it kind of seemed fool-proof. At the time of writing this, I’ve done a test fire, 3 bisque to cone 04, and a bisque to Cone 5. I’ve been using the preloaded programs and I love that they have slow and med/slow options preloaded. I love the graphs and tables… if you eventually want to do custom programming the preloads are a great starting point that can be modified to your liking. For my glaze fires I know I will need a controlled cool, and I already know how to program that.

Another great part about the genesis is that it comes with an app. It was so simple to connect my kiln to my wifi and then follow along with the firing on my phone. I also love that you can add the cost per kwh in your area and then the genesis will give you the cost of each firing. Honestly, it’s a dream.

Special thanks to the Soul Ceramics team for being a resource through this entire process. So many people checked in with me to five me tips on receiving my kiln and to see how it was going after it had been with me for a few days. I wouldn’t have been able to make this purchase without their help and I’m so glad I did. Being able to fire my own pieces at home is so fun. 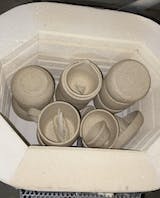 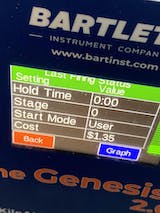 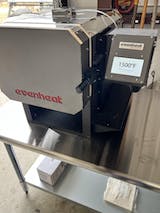 I found a kiln I was interested and reached out to figure out shipping costs (I live in Hawaii) and Lea got back to me right away to let me know that the kiln I was interested in was on back order, but they had this similar one in stock! This one turned out to be perfect for my needs and Lea answered all my questions kindly and quickly. I just did my first bisque and glaze firing and everything came out beautifully. The Genesis Touchscreen controller is fantastic, very user friendly. Overall, I'm really happy with my purchase and grateful for the excellent customer service that helped keep me informed of where my kiln was at all times! 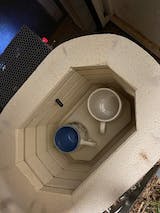 I purchased a Speedball Big Boss Elite SQ from Soul Ceramics. They offered the best price anywhere online AND shipping was very fast. They sent me emails with updates on the shipment and followed up afterwards to make sure everything arrived as planned. It’s a great wheel and I love it. Will definitely do business with them again! 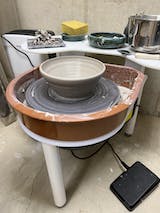 I am so excited to receive my new Jen and Ken kiln! It was shipped perfectly and I can’t wait to use it! 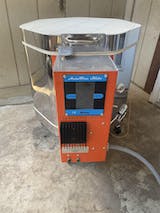 The Kiln (Evenheat KH418) arrived in perfect condition. It arrived ahead of schedule. Yay! I have only run a few heat treat cycles so far. Everything works as expected. I love that this model operates on a standard 110 volt outlet, as the power in my shop is somewhat limited. The made in USA etching on the door lock mechanism, was upside down 🫤 but this was easily fixed. Other than that, I have zero complaints. I’m sure I’ll get many years of service, out of thi quality piece of equipment.

Recently bought a jen-ken chili pepper kiln. Found it at a great price. Soul Ceramics filled the order quickly, and I had my new machine in 3 days. Customer service is very responsive with All my questions and concerns. Would definitely recommend ordering from here.